History of the Edelman auger

The basic tool used at during the Soil Drilling Championship is known as the Edelman auger which suggests that this auger was invented by prof. Edelman. He was professor at the Agricultural University of applied sciences in Wageningen, the precursor of Wageningen University, in the field of mineralogy, petrology, geology, agro-geology and regional soil science from 1933 until his passing. The story about the Edelman auger seems more complicated, different and surprisingly amusing than previously expected. After I was asked to write something about the history of the Edelman auger, it seemed wise to contact ir. K.j. Hoeksema, who was a retired employee of the Soil Science and Geology department, former colleagues and alumni, also known as walking encyclopedias. After being on the phone for only two minutes with Hoeksema, I realized I’d hit the jackpot.

The story starts back in the Second World War. It was a time in which the staff of the university had to choose between the signing of a declaration of loyalty to the usurper or be deported to Germany to serve in forced labor. Many refused to choose between the two options and hid. Thus a group consisting mainly of citizens of Wageningen, including Edelman and Hoeksma, ended up in the Bommelerwaard. There they studied and mapped soil science.

There was no experience with any techniques to rapidly study soils up to a certain proper depth. W.A.J. Ooosting, who passed away in 1942, used to dig small holes using a shovel. This technique was excellent for studying the top 40 cm of the soil. However, for studying soil at greater depths, this technique was impractical to say the least. W.C. Visser, later director of the Institute for Culture Technique and Water Resources, one of the precursors of Alterra, used a 12 cm diameter auger with valves. This yielded seemingly undisturbed soil samples, but due to its large diameter it was hard the turn while drilling. Besides that, emptying the auger was difficult because of the valves. Hoeksema: “I still have that auger in my basement. After the War no one was interested in it”.

Chance would have that Hoeksema’s father, who lived in the northern province of Groningen, was importing augers from the German company Jasmun in Hamburg. Those were delivered – including lengthening pieces – to i.a. the PTT, who used the augers for making horizontal holes underneath roads to lay cables. This prevented the unnecessary breaking up of roads. Hoeksema mounted a metal pole on the Jasmun-drill bit. The diameter of this drill was only 5 cm. Because of this small diameter the auger was – somewhat derisively – nicknamed “Capillary”. This auger, which was supposed to be used only for drilling holes and not for sampling soil, did not met the qualifications that were asked of it. Subsequently another member of the Bommelerwaard group, H. Egberts, tried to construct an auger which was both able to rapidly take a soil sample and of which the soil properties were mostly undisturbed. In other words, it was supposed to be a compromise between the speed of Hoeksema’s “Capillary” and the good sampling quality of Oosting’s shovel and Visser’s ponderous 12 cm auger.

Experimentation with multiple prototypes started and during that period the Edelman auger slowly gained the shape in which augers are manufactured nowadays. Back then already there were constructed different augers for different soil types: small “cheeks” for clay soils, broad for sandy soils. To manufacture these augers a smithy was required. Initially there was one in the Bommelerwaard; however, Hoeksema couldn’t work up any enthusiasm for the man’s work. Egberts, who was originally from Arnhem, found another smithy in Lathum, which is close to Arnhem, who was able to do the job. The smithy bore the name Eijkelkamp. Eventually, in 1981, the company moved to the nearby Giesbeek and developed into the company that we now know as Eijkelkamp Soil & Water. 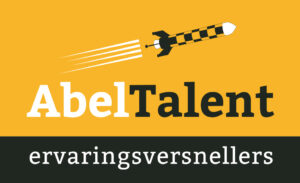